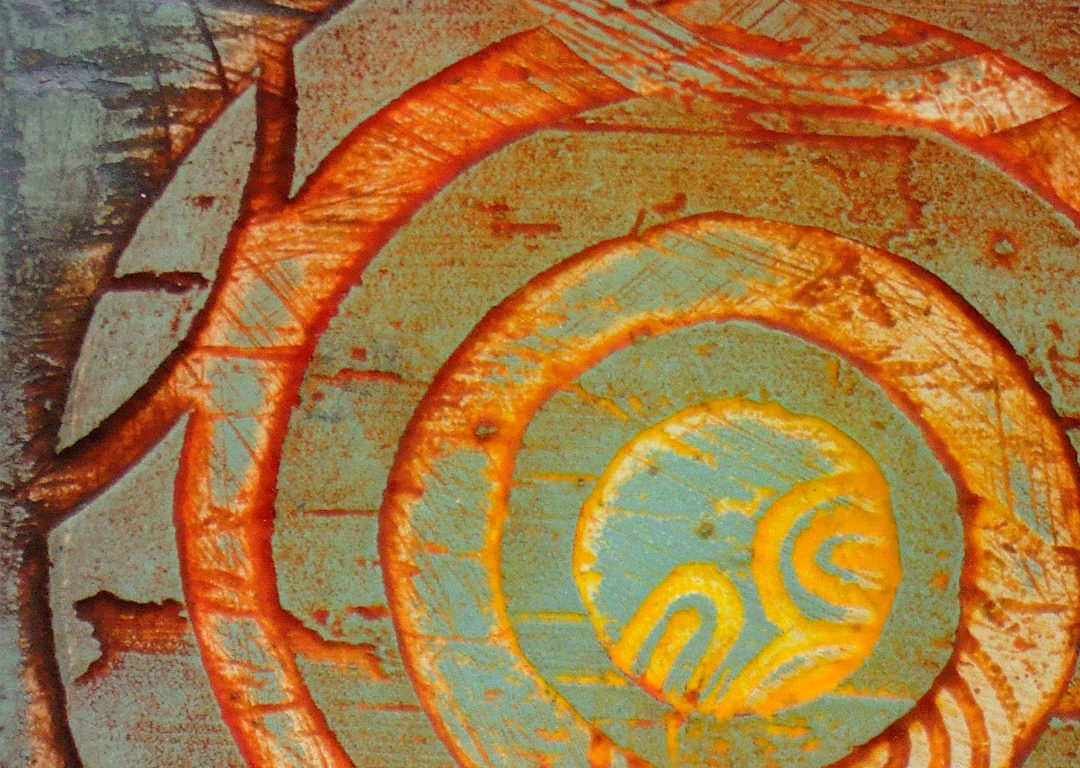 Petroglyphs are prehistoric rock engravings, some made as long as 70,000 years ago. Rock engravings are found all over the world and this series of prints are inspired by petroglyphs in Britain and Ireland. It is believed that many reflect the three elements of an ancient cosmos, showing the dead underworld, the world of the living and the passageway between.

If we understand them as representing a change from one state to another, for instance the seasons, birth and death, or our internal and external worlds, this mystery is alive in us today.

The collagraph plates are deliberately made with several layers and these are emphasised by different colour hues that recede and advance as you look at the image creating a sense of depth and movement.

These collagraph plates are all constructed from cement, some with added metal foil.

The fiery colours represent the power these engravings probably had for the people who made them. The greens are taken from the colours of lichen which surround the present day site.

There are lots of sites in Britain where prehistoric rock engravings have survived; these photos are from Kilmartin in Argyll, Scotland. 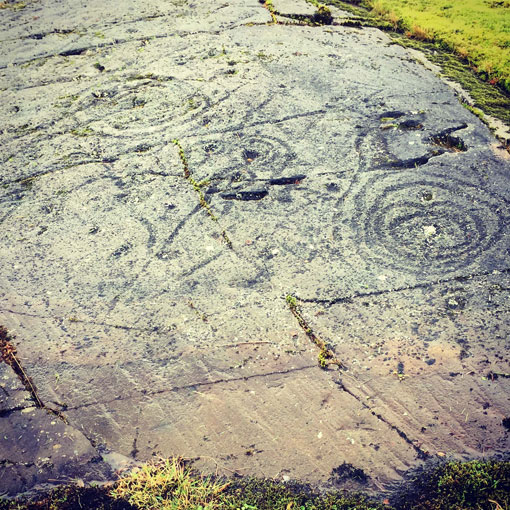 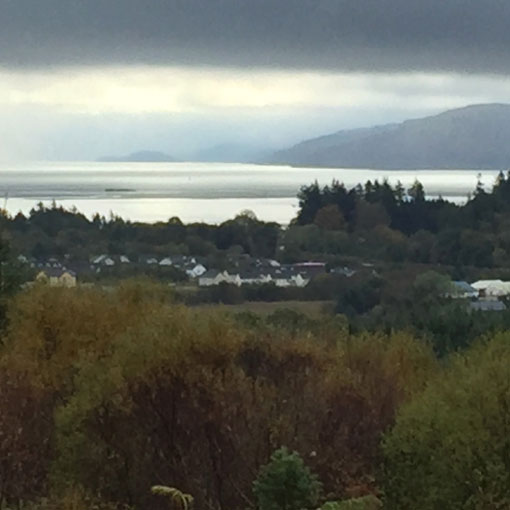 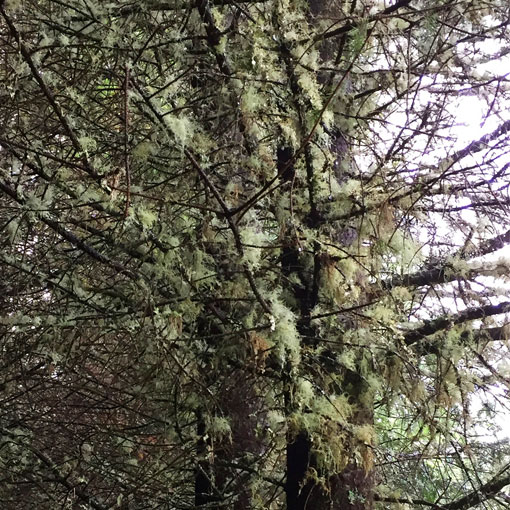 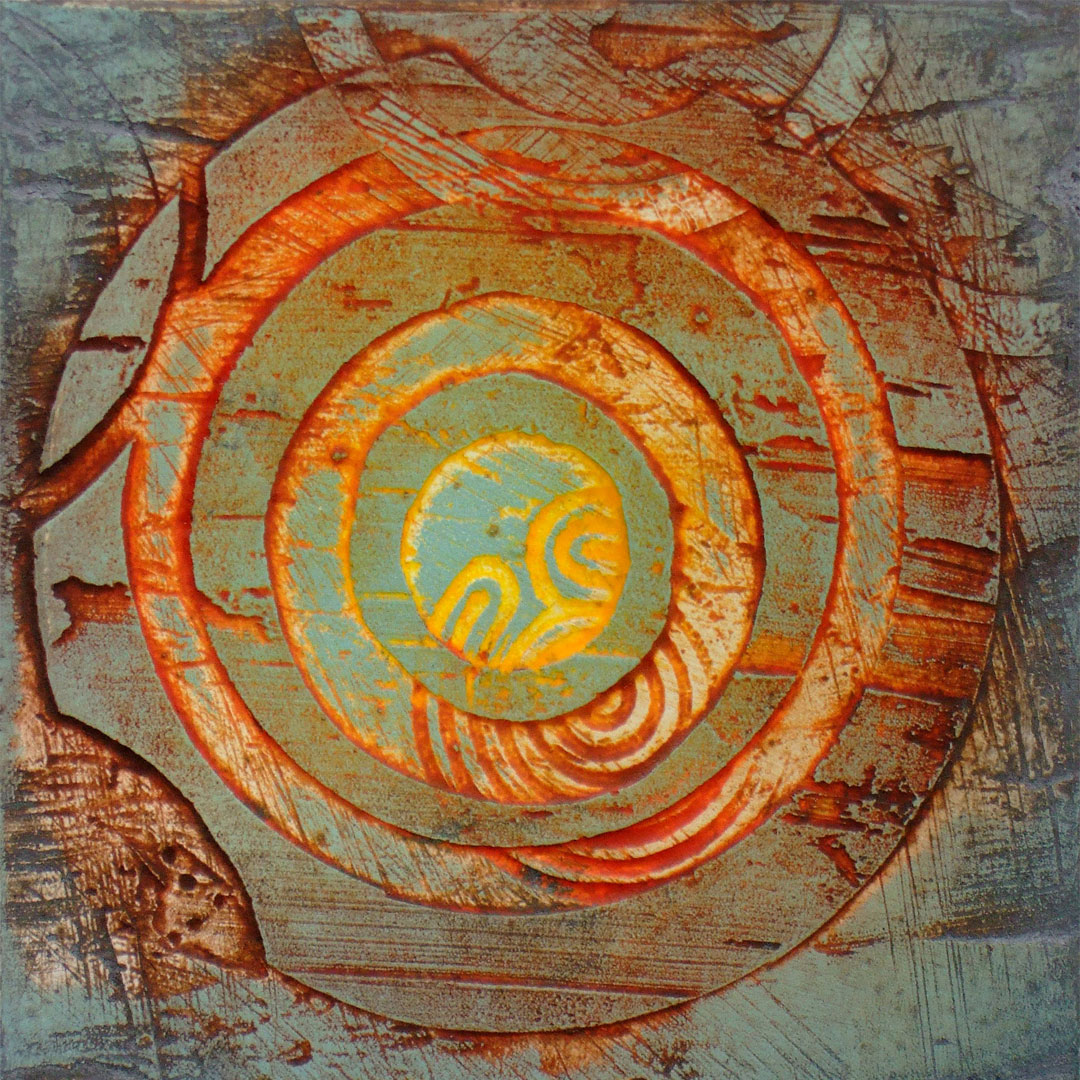 To see a video showing inking up and printing this plate have a look at this post. 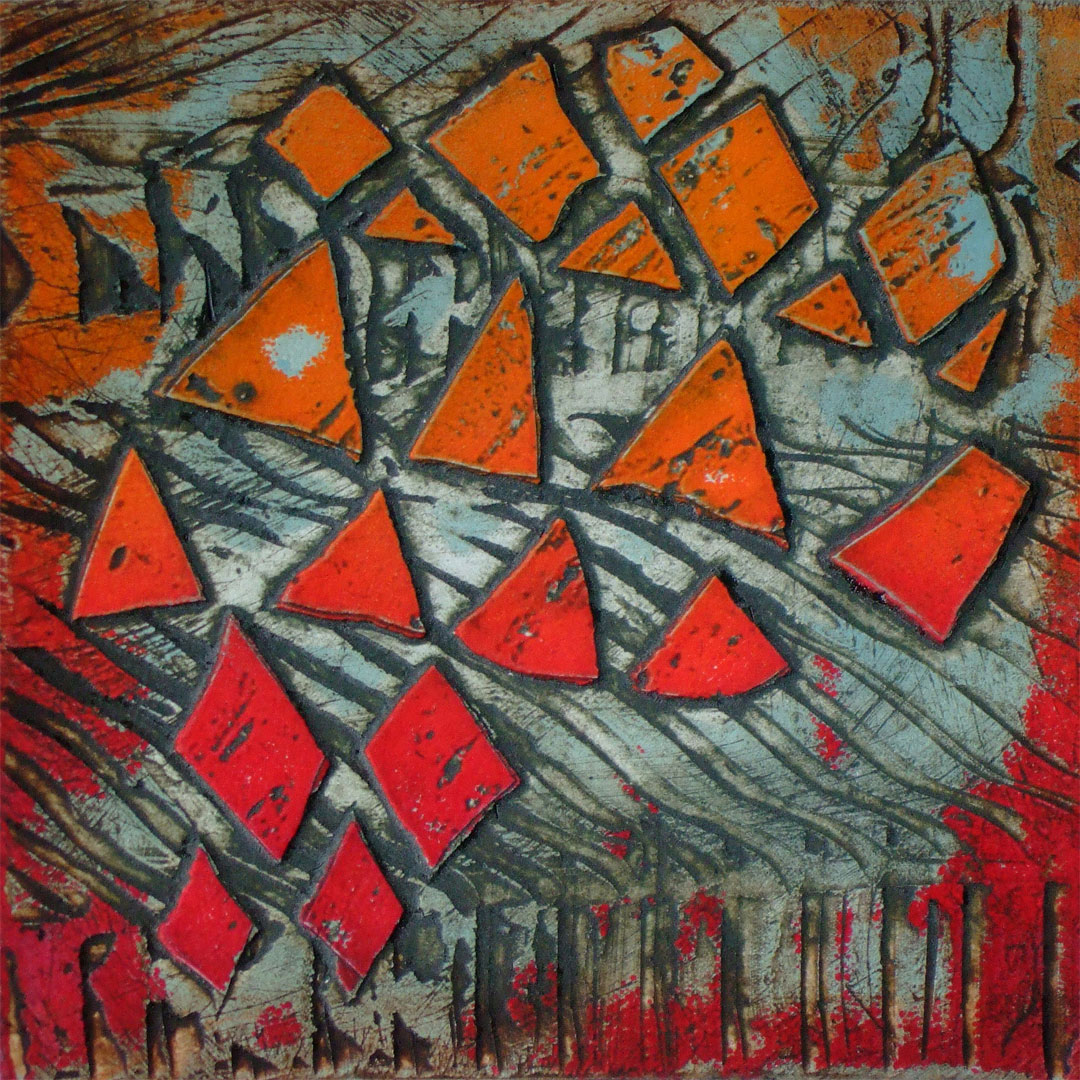 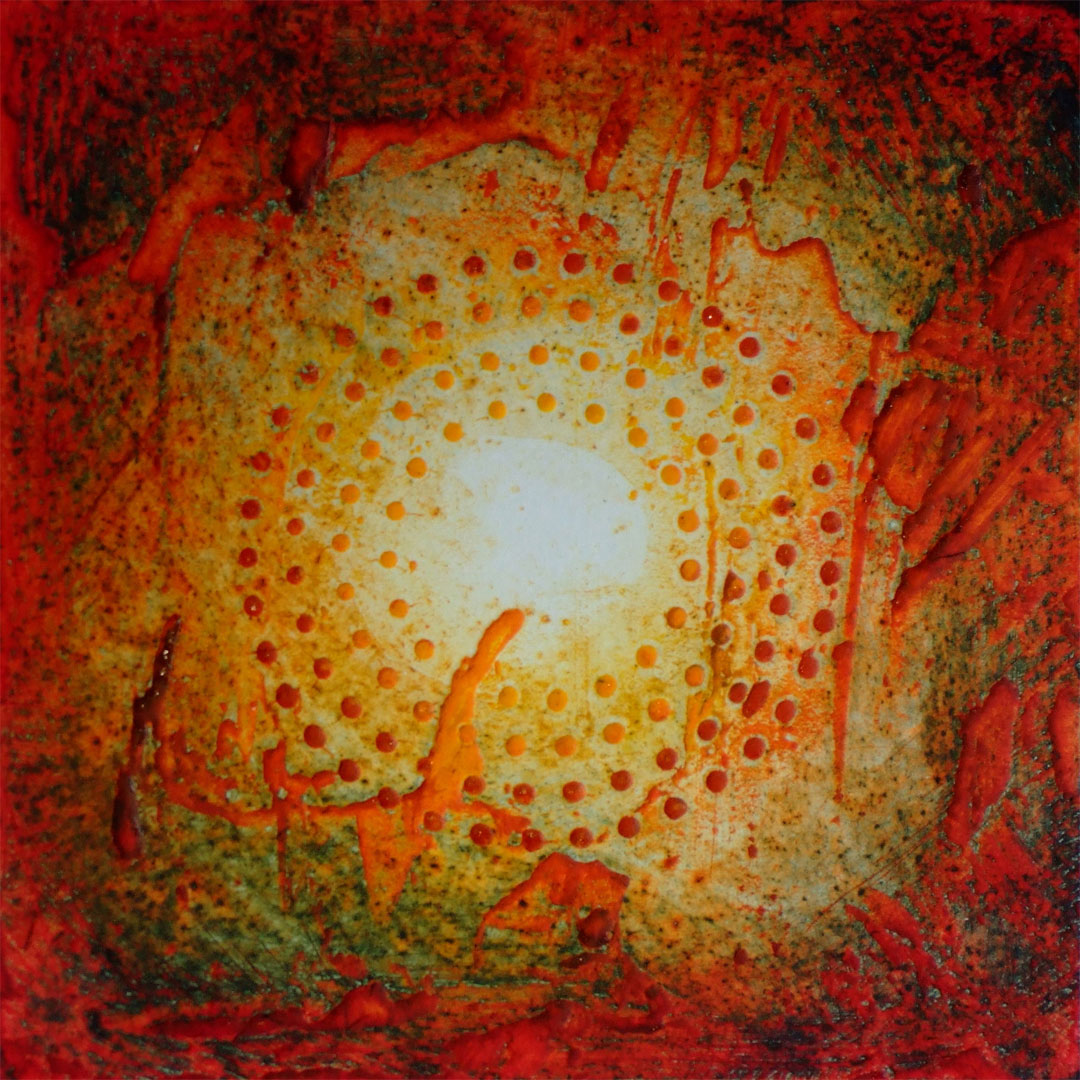 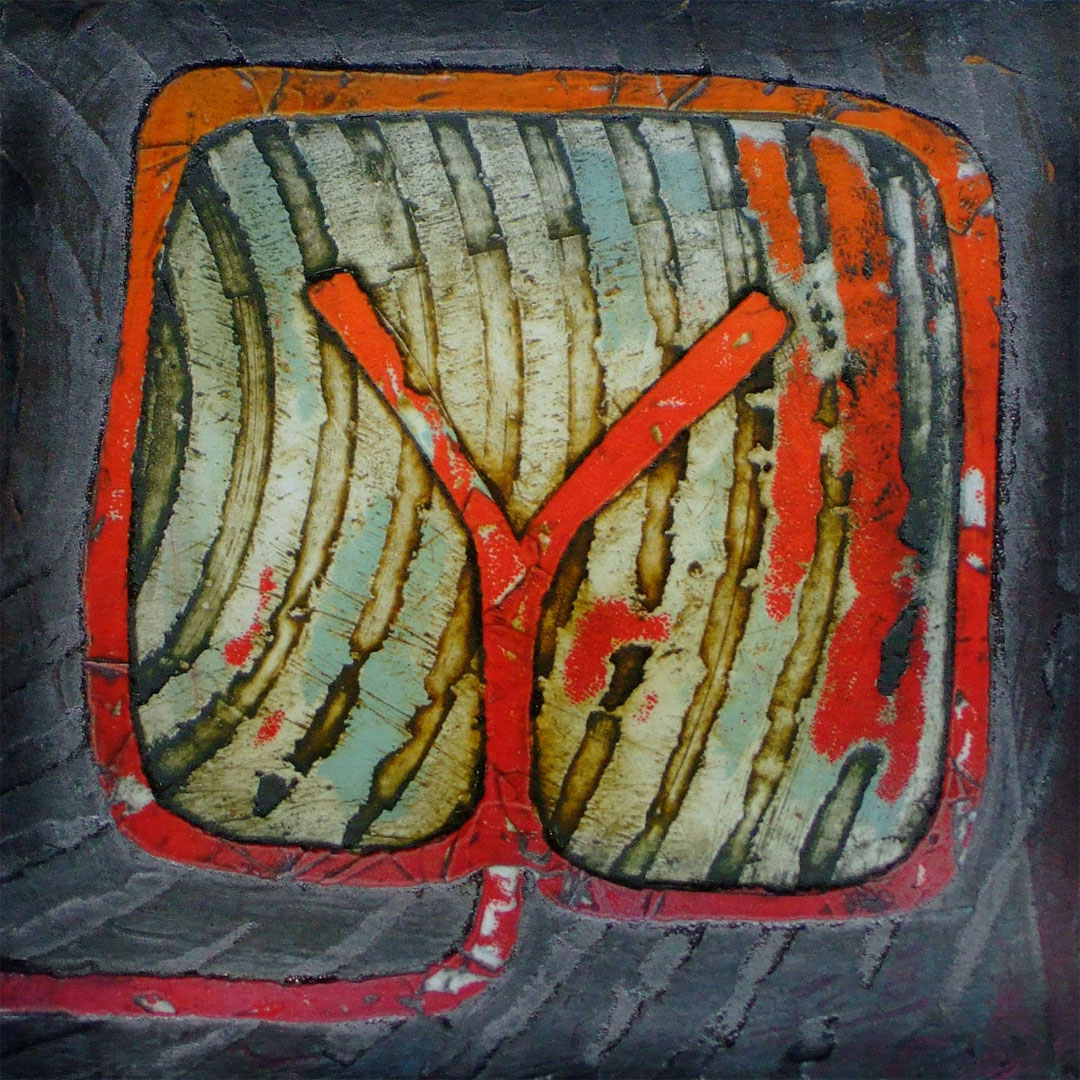 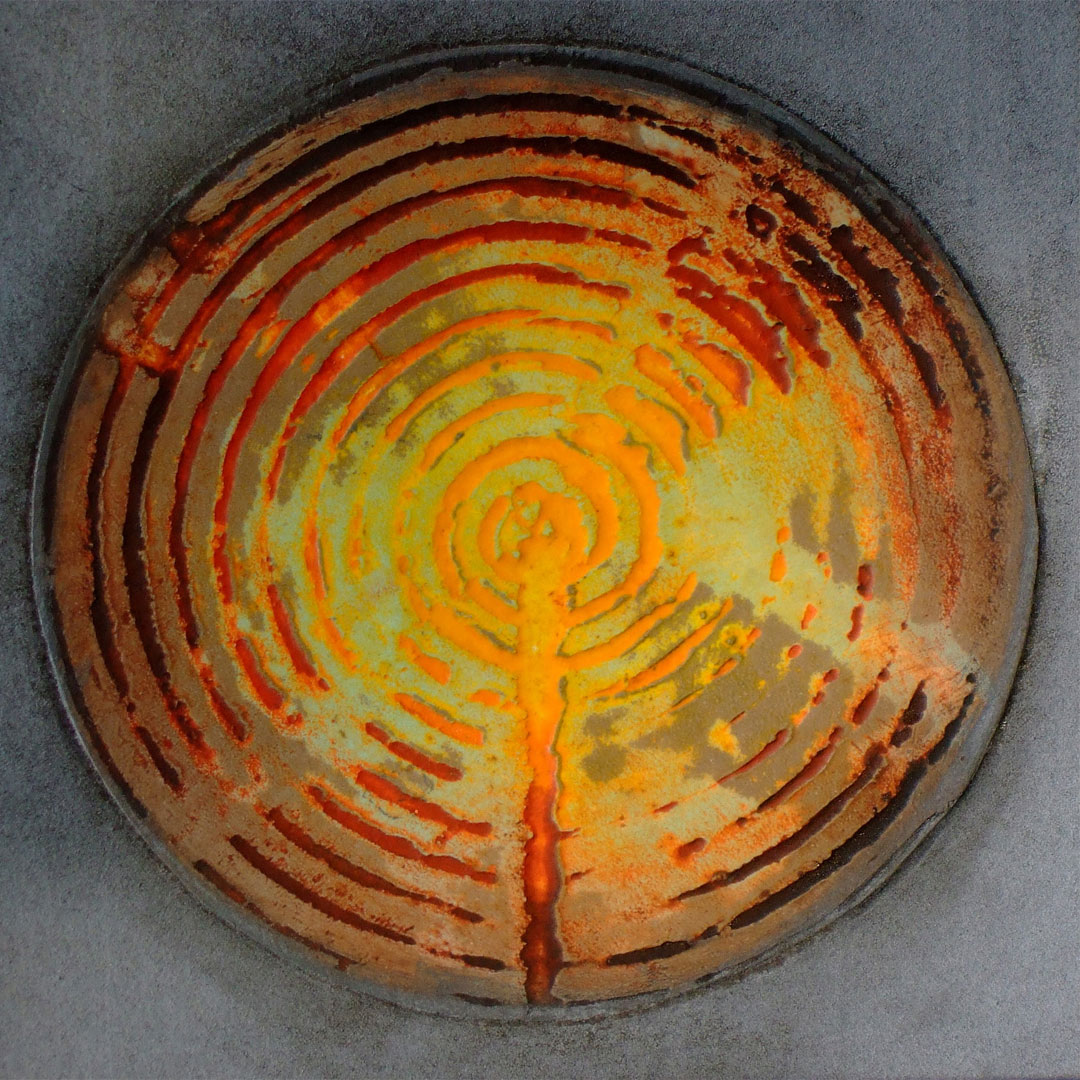 Visit the Curious Printmaker shop where you can see a selection of differnt Petroglyph collagraph prints.

Send one as a unique present, or to mark a special occasion.

These original collagraph prints are made in small editions and are signed and numbered. As they are all printed by hand there may be slight variations in an edition.

A series of collagraph prints inspired by ancient rock engravings.

This site uses Akismet to reduce spam. Learn how your comment data is processed.